The History of Swimming as a Pastime

Nowadays, the backyard swimming pool is a staple of summertime fun and recreation—but was swimming always such a popular pastime? In today’s blog, we will be exploring the answer to this question and more with a quick history of swimming as a pastime.

There seems to be evidence that swimming was practiced as early as 10,000 years ago. Paintings in Egypt’s Cave of Swimmers depict what looks like the swimming movements of the breaststroke and doggy paddle, with the breaststroke also being portrayed in Assyrian and Babylonian art. The presence of large baths, similar to pools, can be found in Indian and Minoan palace ruins.

The classic stories of heroes like Odysseus and Gilgamesh also feature depictions of swimming, and art as well as folklore from classical times showed swimming as an important military tactic.

“The Art of Swimming” and more

In the Middle Ages, swimming was one of knights’ seven points of agility—and from this period on, the activity only gained in practice and popularity. The first book on swimming, “Colymbetes,” was published in 1539. It went over learning the breaststroke and using different swimming aids, among other topics. The 17th and 18th centuries also saw books on swimming, including 1696’s “The Art of Swimming,” a book which would serve as a sort of swimming manual for the years ahead. Just before the turn into the 19th century, a German book by Guts Muts was released; it featured learning techniques that we still use today!

In 19th century England—and soon the rest of Europe and beyond—swimming was popularized as a public pastime and soon became competitive. During this time, the world saw the introduction of different, often more efficient forms of swimming that helped lead to the world of swimming we know today.

In the 1896 Olympics, swimming was first premiered to the world as a competitive (but still enjoyable) form of exercise. It was featured at the events that followed, although women didn’t get the chance to compete until the freestyle races of the 1912 Games. As innovations were made in the field of swimming, the sport grew in popularity as a form of exercise, a competitive sport, and enjoyable pastime all in one.

We’ve come a long way in where and how we swim… but the joy of it has always stayed the same. Remember the earliest iterations of the sport as you jump into your own pool this summer. 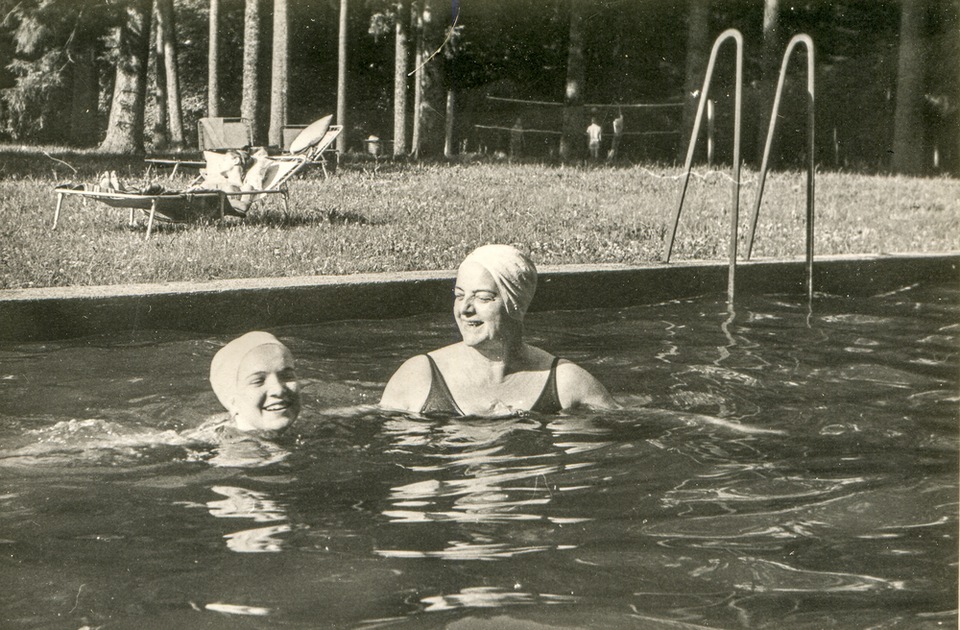 Popular tags on this blog